·      One of the most well-respected leaders in high school basketball, Tom White retires after 26 seasons as a head coach

·      Retires from basketball, continues his duties as Athletic Director

·      Member of the Illinois Basketball Coaches Association Hall of Fame

CHICAGO—March 29, 2021—De La Salle Institute (De La Salle) announces the retirement of Boys’ Head Basketball Coach Tom White. After 26 seasons as the head coach, White is stepping down as a coach, however, he will continue to lead De La Salle’s Athletic program in his current role as Athletic Director. He has been with De La Salle for more than a quarter century as an English/Reading teacher, head coach, and athletic director.

“More important than the success of his teams is the manner in which White led them,” Fr. Paul Novak, OSM, De La Salle President says. “His legacy of achievement will be remembered for a lifetime. He is as committed to the academic success of young men in his basketball program as he is in developing well rounded athletes.”

Evolution of a Player to Coach

White played high school basketball for Tony Barone at St. Rita. He went on to play for Chuck Schwarz at Lewis University. White began his coaching career as a graduate assistant at Lewis University. After three years there, he went to Archbishop Weber High School as an assistant coach to John Bonk. Following 10 years, he came to De La Salle in 1995 to embark on a memorable 26-year run.

“I have had one of the best high school basketball coaching jobs in the City here at De La Salle,” White says. “I learned to teach the fundamentals from great coaches and I’ve always been an avid student of the game, attending clinics and reading books that would hone my coaching aptitude.”

·      Michael Jordan camps over the course of several years

Known throughout coaching circles as one of the kindest and most genuine leaders in the industry, White built his career on the foundation of hard work, humility, integrity and service. “Throughout his tenure as the De La Salle boys’ basketball head coach, White proved to be one of the most dependable coaches in high school basketball,” said Novak. “He is a valuable member of our community and he embodies the core Lasallian principles that guide all we do here at De La Salle. He’s more than a coach, he’s a mentor and a great friend to countless young men who have played under his guidance.”

“I’ve known Tom White since I was a student at De La Salle and I’ve always been impressed by his body of work as an educator, coach, athletic director, and I’m proud to count him among my friends and colleagues” said De La Salle Principal Tom Schergen ‘97. “While Tom is stepping down as a coach, we are fortunate that he will continue to be a strong part of the De La Salle community in his role as athletic director and I am confident he’ll further his impact on our coaching staff and student-athletes. We are proud to be among the City’s premier private high schools and one of Chicago’s oldest Catholic schools. Tom White is a vital part of what makes De La Salle such a special place for young men and women to grow spiritually, academically, and athletically.”

White is exceptionally proud of the caliber of young men at De La Salle who demonstrate great work ethics, attitudes, and above all else, are good people. He coached over 30 players that went on to play Division I basketball., including Big 10 schools Michigan State, University of Illinois at Urbana-Champaign, and Iowa. Others have played at programs like DePaul University, Indian Hills, the University of California, Riverside, Northern Kentucky, and at Seattle. Ten players received McDonald All American nominations while he coached at De La Salle.

“I have been blessed to be a coach for as many years as I have,” White notes. “I am grateful to have been surrounded by so many great families here at De La Salle and I will always give back to this wonderful community for as long as I can.”

De La Salle Institute, founded by the Brothers of the Christian schools, has served the students of Chicagoland for over 130 years making it the third oldest Catholic High School in the Archdiocese of Chicago. De La Salle fosters the Lasallian values of faith, service, community and a passion for academic and athletic excellence. Learn more at www.dls.org. 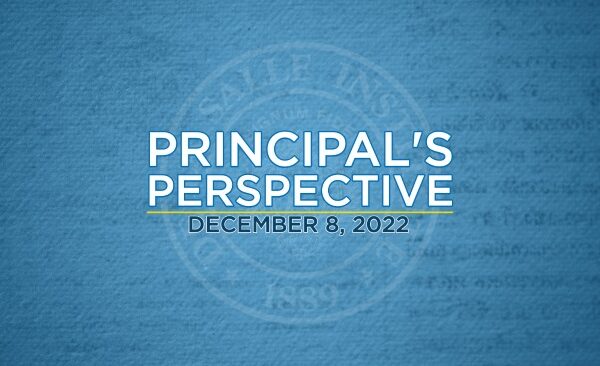