New Head Baseball Coach, Keronn Walker has a lot to bring to the table for this 2021-2022 baseball season. Assistant Coach Glenn Kubek, alumnus from the class of 2014, will be accompanying Coach Walker this season.

Coach Keronn attended Northeastern Illinois University where he majored in Physical Education/Health. He also attended Kishwaukee where he earned an Associate of Arts Degree. He was drafted by the Kansas City Royals in the forty-third round of the 1999 Major League Baseball June Amateur Draft from Bluefield College; he played 6 years of professional baseball as a switch-hitting catcher. Coach Walker is currently and has been a scout for the Chicago Cubs for four years. He is also a coach for Major League Baseball in Vero Beach, Florida. Coach Walker was the Head Baseball Coach for the University of Chicago Lab School for almost eight years. He was an instructor for the Bulls/Sox Training Academy for three months. He currently owns his own coaching organization, B.I.G. Baseball Academy, which offers coaching and training for athletes of all ages.

Coach Keronn has had so much experience and success, this baseball season is already looking very promising. “The open gyms have been great and the boys are working hard,” said Coach Keronn, “my goal is for the boys to be better than they were in the beginning.” The coaching staff is super excited to take on this baseball season and leave a memorable mark in De La Salle’s history. “If you want something you have to work for it; nothing is given to you,” said Coach Keronn.

Assistant Coach Kubek also has a lot to add to the baseball 2021-2022 baseball season. Coach Kubek graduated from De La Salle and was part of the baseball program and travel baseball during his time as a student. He attended from Calumet College of St. Joseph where he studied Sports Management and Business Management and played baseball on the collegiate level. Coach Kubek has been playing baseball for 23 years and is ready to take on yet another successful season. “The main influence I want to leave on the boys is to just enjoy high school baseball and never take these moments for granted because they will not last forever,” said Coach Kubek. Coach Kubek is very passionate about allowing the boys to have fun and grow while being a part of the baseball program at De La Salle. “When I played at De La Salle, it was one of the best times of my life, so I want them to experience those same memories,” said Coach Kubek. 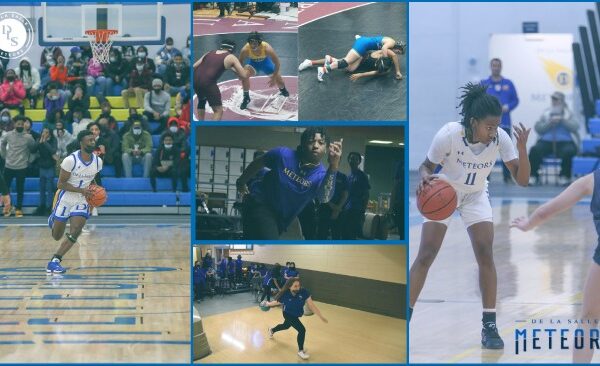