By David TerryOctober 20, 2022No Comments

Art In History’s replica is an example of a frieze found in King Tutankhamun’s tomb. A “frieze” is a long band of painted (or sculpted) decoration on a wall. Frieze decorations often depict scenes in a sequence of panels. They are made of plasterwork, wood, or other materials. Much of our understanding of Egyptian daily life is from paintings and reliefs that decorate tombs.

King Tut inherited the family throne at a young age. His father, Akhenaten, made radical changes in Egypt. His new religious ideas were not accepted by most Egyptians. Upon inheriting the throne, King Tut and his advisors changed the religion back to polytheism and returned to the old ways. The young king worked hard to restore the worship of their gods. After Tut’s untimely death, his advisors assumed the throne and continued the policy of reconciliation.

Egyptian tombs were carved and painted with scenes of the afterlife. The seen s were meant to guide the king on his road to eternity. Art In History’s replica shows King Tut facing the goddess Isis, Mistress of the Sky, Governess of the Western Necropolis. She is holding a sign of life in front of the king’s nose. He is introduced to Anubis who governs the west, the great god who is in the place of embalming, Master of the Sky. Together they welcome the king into the afterlife. The figures are applied to a base of yellow-ochre to imitate the color of gold.

There are many wall paintings in Tut’s tomb. They all feature various forms of Tutankhamun with other gods and goddesses. The characters are painted on a large scale. The designs also contain writing based on pictures, called Egyptian hieroglyphics. The decorative themes have simple forms and paintings were made with quick precision. Soot on the burial chamber ceiling reminds us that ancient people painted by torchlight and oil lamps.

The tomb of Tutankhamun was discovered in 1922 by Howard Carter and his team. They discovered the tomb mostly intact, with thousands of objects inside. Today, Egyptian art like this can be found in museums and galleries around the world. There have been recent exhibitions in Los Angeles, Fort Lauderdale, Chicago, and Philadelphia. More information about Egyptian art from this time period can be found in libraries and online. 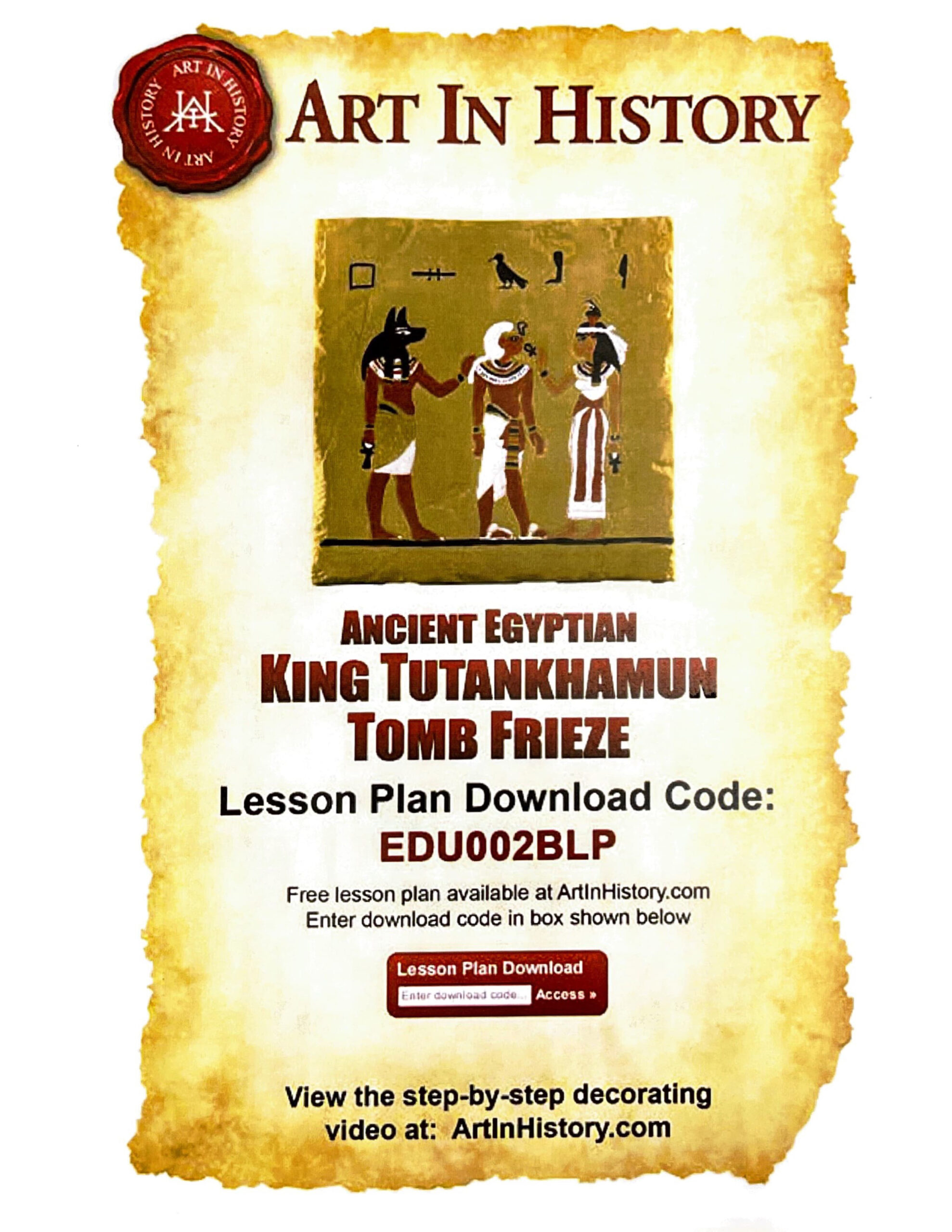 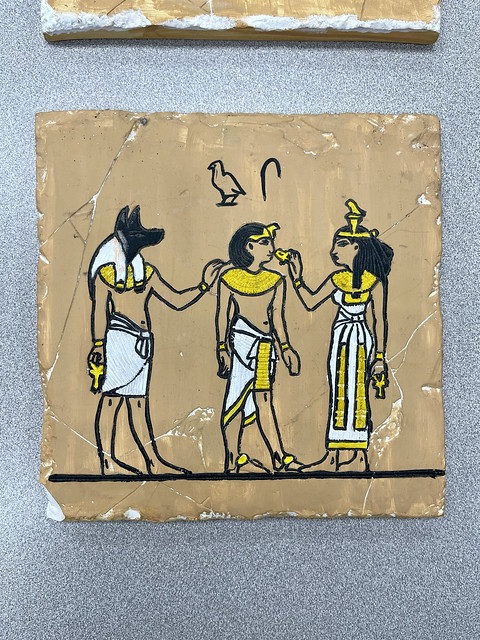