By David TerryOctober 5, 2022No Comments

‘You just feel like you’re working in a war zone’

By Mark Rivera and Blanca Rios via

CHICAGO (WLS) — The emergency room at Mount Sinai Hospital in the North Lawndale neighborhood on the Southwest Side is among the busiest in Chicago.

“We see pediatric babies, we see older patients with chronic medical conditions. And then we’re a trauma center, so we see all trauma incidents. The stabbings, the shootings the bad accidents,” said Dr. Jaime Moreno.

Moreno, 43, is the hospital’s Chair of Emergency Medicine. He saves lives, including gunshot victims, nearly every day.

“There are times especially busy, warm weekends, where you just feel like you’re working in a war zone,” said Moreno.

A proud son of Mexican immigrants, Moreno was born and raised in the city’s Pilsen neighborhood. He said his mother, whom he lost more than a year ago, raised him, his sister and brother alone.

“I was raised by single parent . My mother, she was my rock,” said Moreno.

But nearly 20 years ago, while on track to fulfilling his dream of becoming a doctor, Moreno’s life changed forever.

“We were surrounded by violence. I can almost count on my hand the few people who weren’t involved in a gang,” recalled Moreno. “My brother did join a gang. He got involved and I lost him to gang violence.”

Just days before Christmas in 2003, his brother, Hugo Moreno. was in a car that was shot at near 18th and Wabash in the South Loop. They crashed as the sped away. Hugo died at the scene. Hugo was 21. Jaime was 24.

“My brother was the sweetest kid, the nicest,” said Moreno. “He was everybody’s best friend and he was a friend to a fault where he could not say no. I think that was his downfall, unfortunately.”

He couldn’t save his brother but in the operating room, Moreno is able to give others a second chance. Including patients he’s seen before.

“They show you, they say hey, I was here when I got shot here,” Moreno pointed to his arm. “We can either not say anything and just treat them, or we can try to say something. I think that’s the beauty of my job. I have that opportunity to either plant a seed or reassure somebody or just try to get them thinking about something else. And if you never try you’ll never know.

From a young age, Moreno was determined to become a doctor, despite his family’s financial struggles. And it started with his desire to attend De LaSalle High School on the South Side.

“It’s Catholic school, which means there was tuition and I paid my tuition all four years. I was a janitor to pay my tuition,” Moreno said.

He completed his undergrad at Northwestern and medical school at University of Illinois Chicago. Eventually, he landed at Mount Sinai just around the corner from his roots in Pilsen.

“I get to be in this amazing role in this position where I get to do what I do. I think of it that way. I’m lucky to be here. I’m lucky to be able to come back to my neighborhood and help the people that I grew up wanting to help.”

Moreno still lives in Chicago along with his dentist wife and two young daughters. Moreno said he’ll let his daughter’s decide what they want to be when they grow up but hopes they can live by his own mantra.

“If somebody did it, that means I can do it. It’s achievable,” said Moreno. 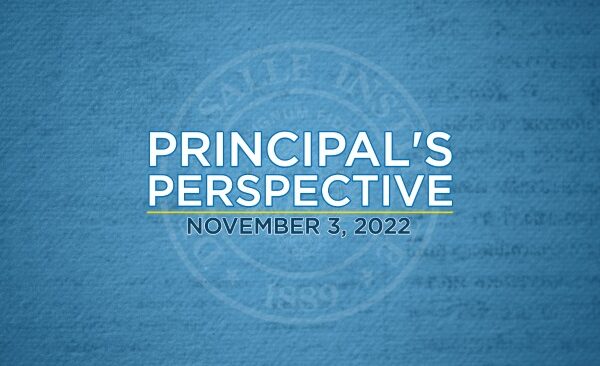 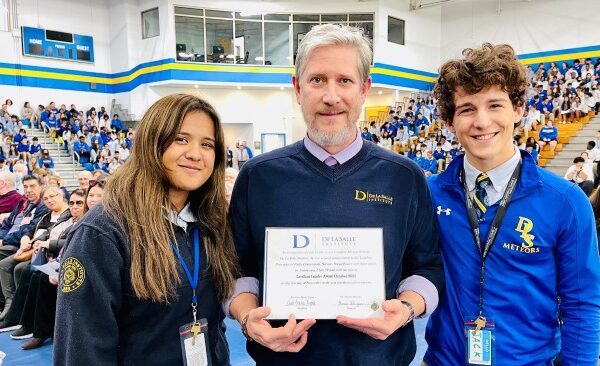 October 2022 Lasallian Educator of the Month